Teenage Engineering OB–4 Dials up the Nostalgia of the Mixtape

While the contemporary silhouettes of wireless audio devices steer ever further into the realm of the amorphous and ambiguous [see: new Google Nest], industrial designers operating in more niche realms of home audio are still tapping into the collective memory of pre-digital devices like turntables, cassette players and portable audio systems. The imprint those analog devices have left with their tactile dials and buttons have reemerged in the form of the new Teenage Engineering OB-4, a minimalist boombox that recaptures the joy of the mixtape. 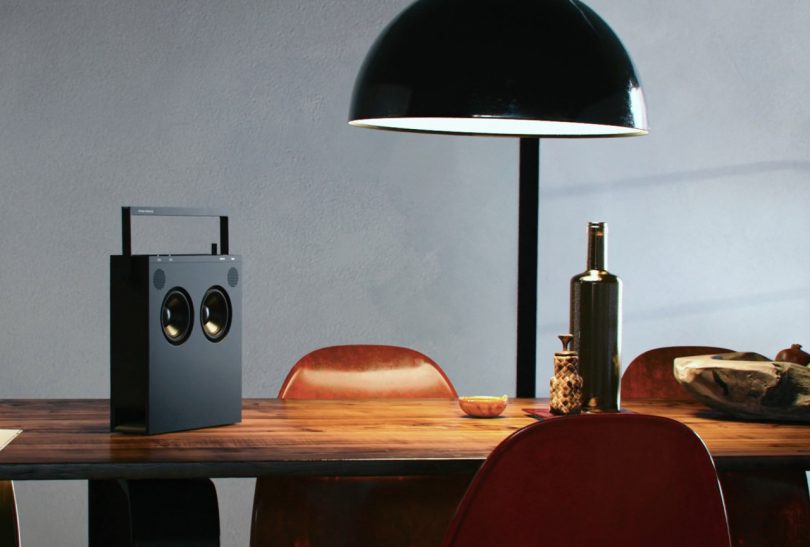 With its handled design, prominent dial controls and the two 4″ bass drivers and a pair of neodymium tweeters, it’s obvious Swedish electronics boutique brand Teenage Engineering has an affinity for rewinding back to the past – an idea taken to the highest degree with the inclusion of a manual “tape” dial intended to record then “rewind, time-stretch and loop at the flick of your fingertips”. It’s a nifty nod to the days of the “press play+record” mixtape, and a feature which Teenage Engineering hints will offer a multitude of greater music creation options using “disk mode”:

If you skip the traditional inputs like line in, bluetooth and FM radio, you end up in disk mode. This is where  we will continuously develop new experimental features for the OB–4. it’s our public research space, where we allow ourselves to explore and prototype everything that this media-instrument, as we call it, can become. for now, there are three functions on the disk; ambient, karma and metronome. 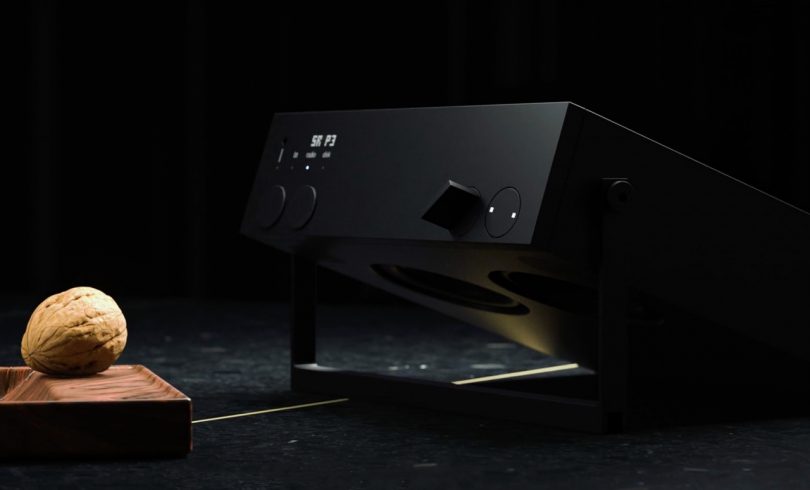 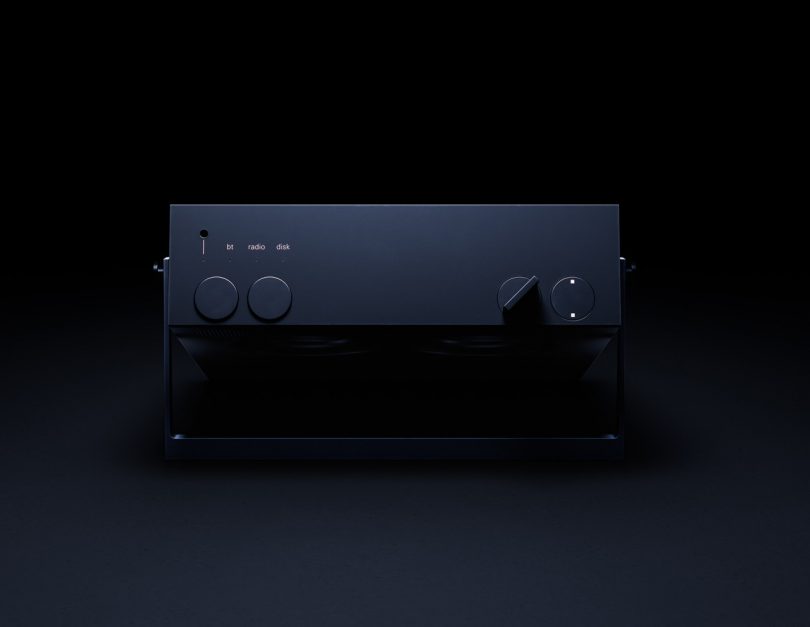 The wireless speaker system is plenty loud, rated for 38 watts per channel and capable of producing approximately 100 decibels thanks to a Class D amplifier within. You’ll get back up to 72 hours of playback, or 8 hours at full blast. There’s no cassette player, but a line input, Bluetooth and built-in FM radio should satisfy a listener’s desire for future nostalgia in the figurative and literal sense. 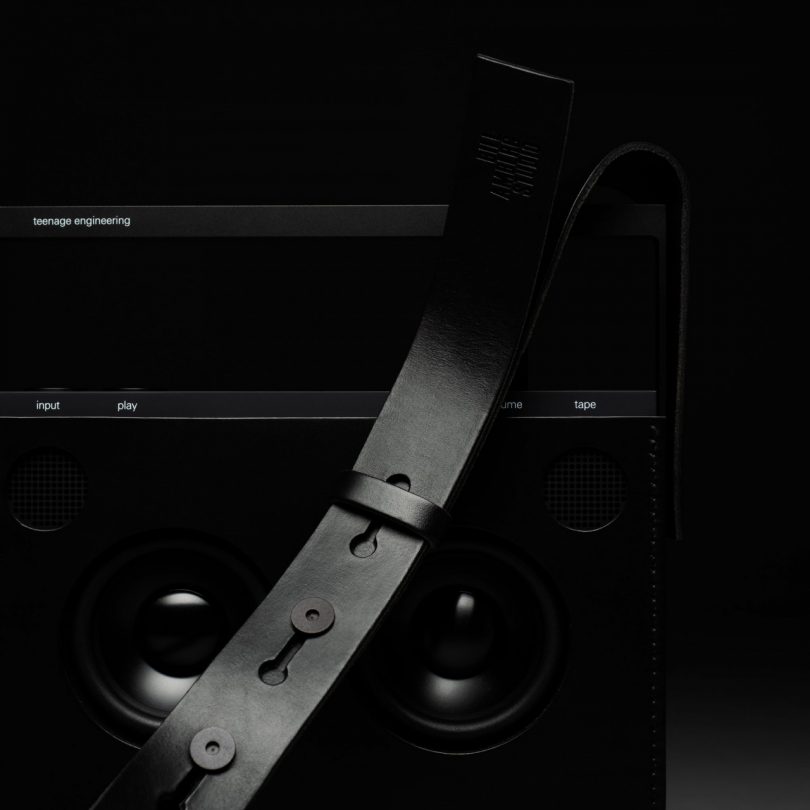 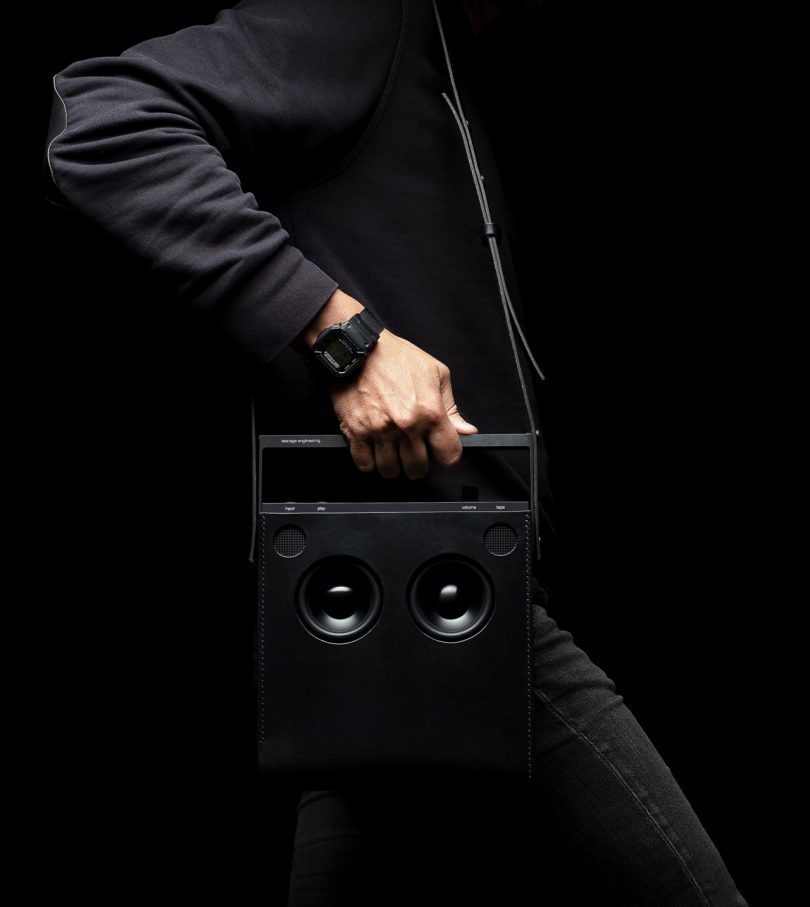 An optional $400 OB–4 leather bag and strap made by London brand, Bill Amberg Studio, is joined by a $649 gloss red edition if the $599 matte black finish of the standard OB-4 is too sedate. 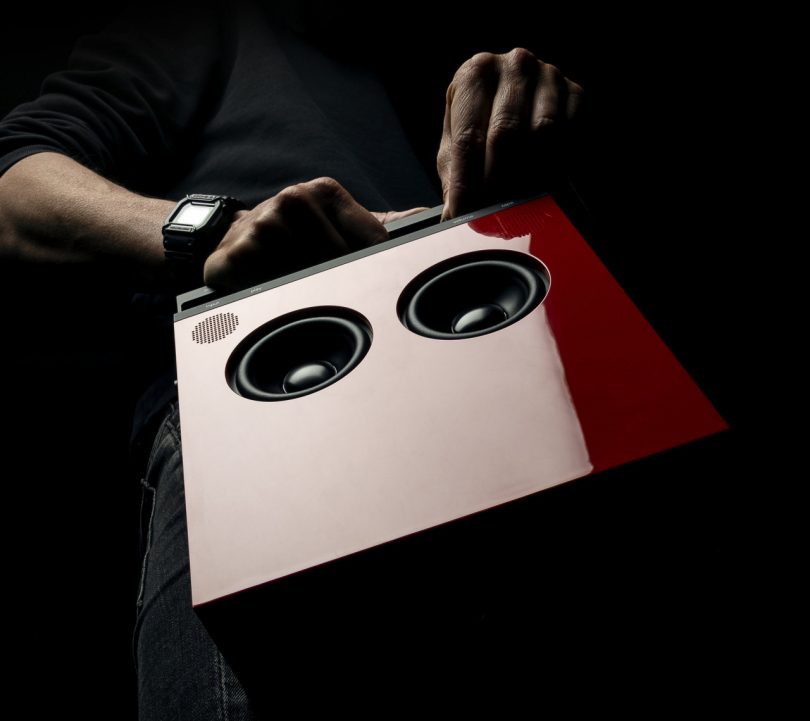 Unfortunately this first batch of OB-4s has already sold out in both editions. But Teenage Engineering is promising a second batch expected to arrive around a month from now, with reservations being taken via their website.